A selection of art projects that I have imagined, facilitated, or been involved in as a community artist.

Quirky; creative; imagined; odd. These are just a few of the words that have been used to describe some of the art events that I have been involved in, created, or facilitated.

Use the arrows below to see examples of some of these projects.

A school of brightly coloured fish constructed for the Bellerive Boardwalk Festival, Tasmania. Through the day people decorated pre-cut "scales" and added them to the fish. During the afternoon the fish paraded around the event by, operated by members of the public who had put their names down during the day. 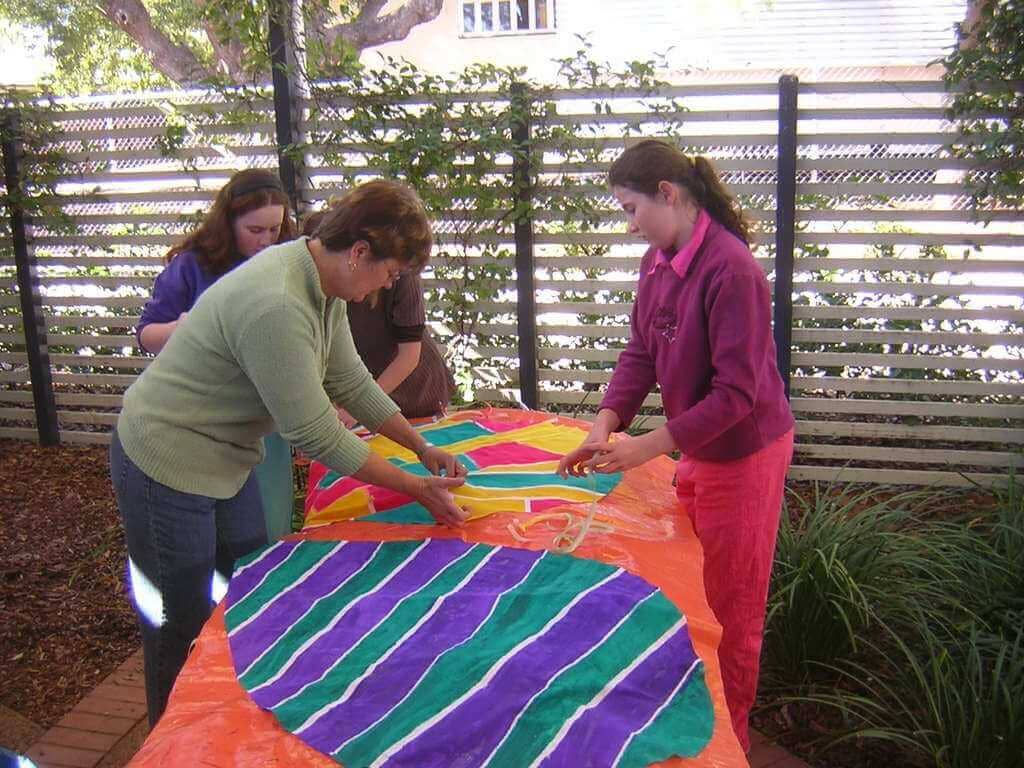 Commissioned to create some large butterflies for a street parade in Chinchilla, Queensland. The butterfly shapes and skeletons were constructed prior to a workshop held with the Chinchilla community to design and paint the butterflies. 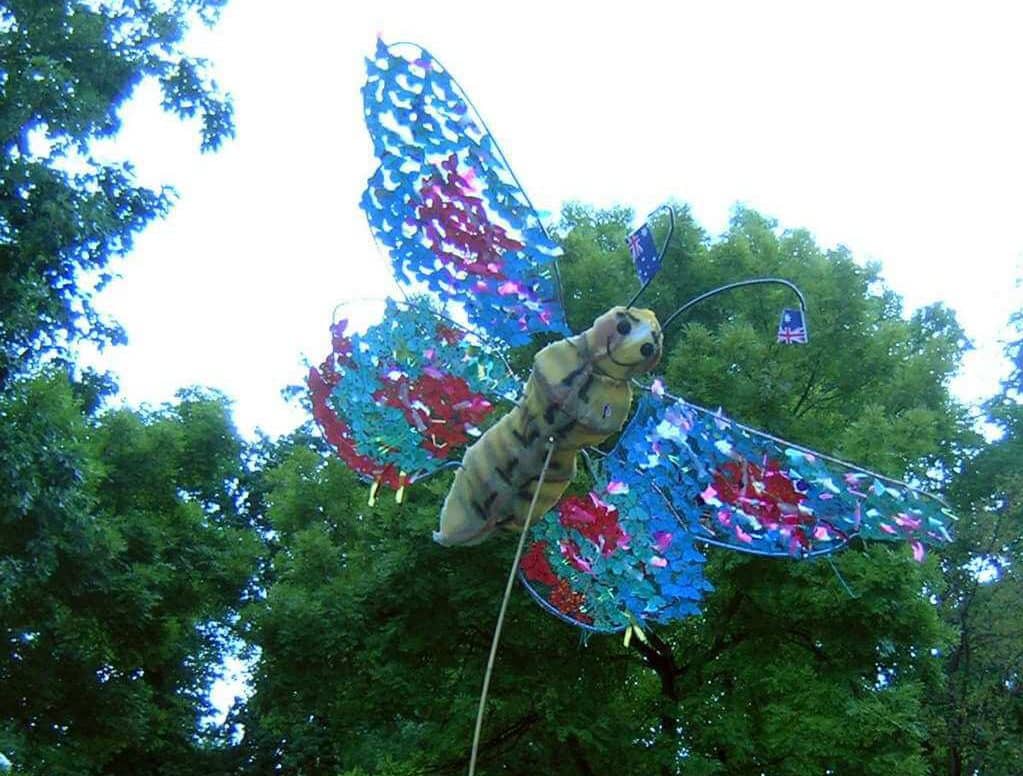 An Australia Day event commissioned by Bathurst City Council. I constructed a large butterfly puppet which visited three Australia Day celebrations. At each location people added their own butterfly to the wings with a poem or wishes for the future. 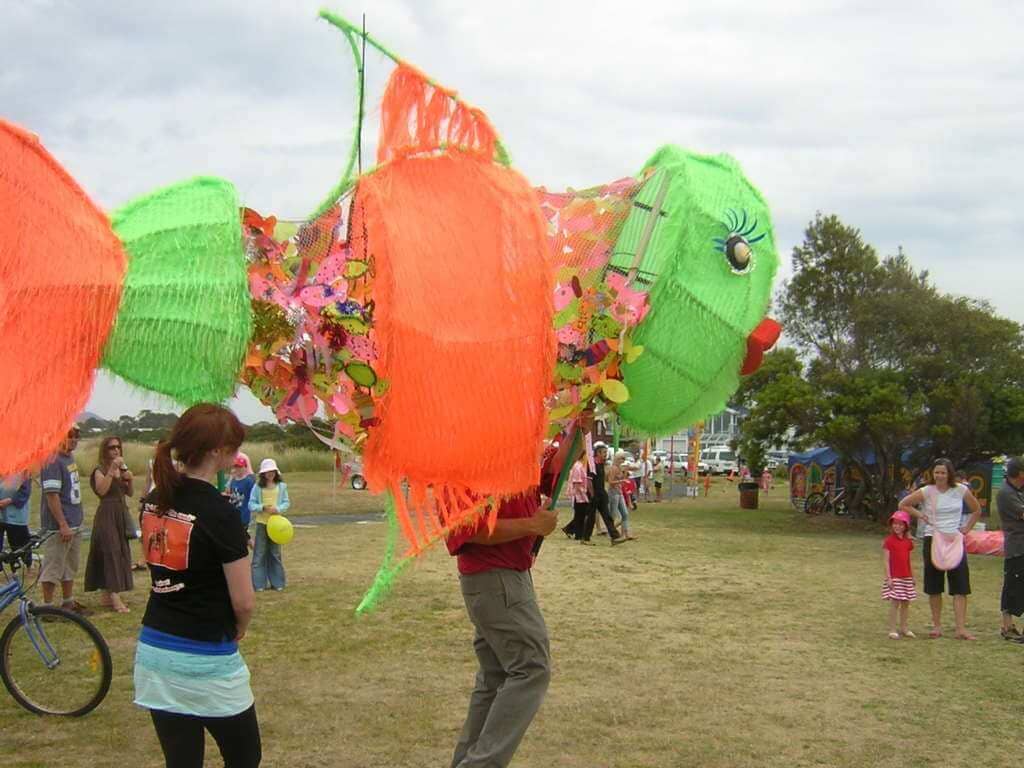 A commission for a waterfront Festival in Northern Tasmania. I constructed a large fish puppet, "Felicity Sweetlips". Through the day of the Festival people added decorated scales to Felicity. At the end of the Festival Felicity paraded, showing off her new scales. Youth groups and students from Charles Sturt University imagined and created large, circus themed, backpack puppets for a parade through the streets of Bathurst on a very wet day.

As part of local street celebrations students from Canowindra High School created a large parade puppet "Grossi" and brought it to life in the streets of Canowindra. "Grossi" represented a unique fish that lived in the area 360 million years ago and the Age of Fishes Museum draws thousands of tourists a year. 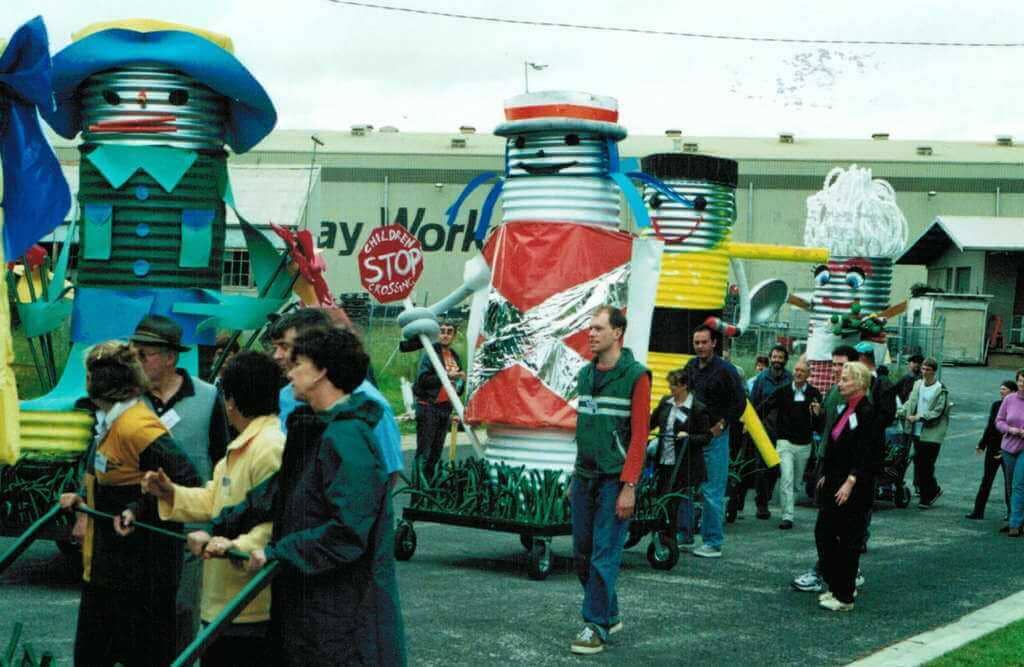 An artistic collaboration between Central West NSW artists, Bathurst City Council, and the Centenary of Federation parade organisers to design a float to participate in the 100 year celebrations of Australia's Federation. The parade organisers gave us the theme "A sense of community" The Central West countryside and the many tall things such as windmills, poplar trees, water tanks etc inspired the design of the float . Schoolchildren made models of different community volunteers such as nurses, SES, fire fighters, meals on wheels etc. The models inspired artists to create large individual images on wheeled trolleys. A team of forty volunteers pushed them through the streets of Sydney as part of the Centenary of Federation parade. 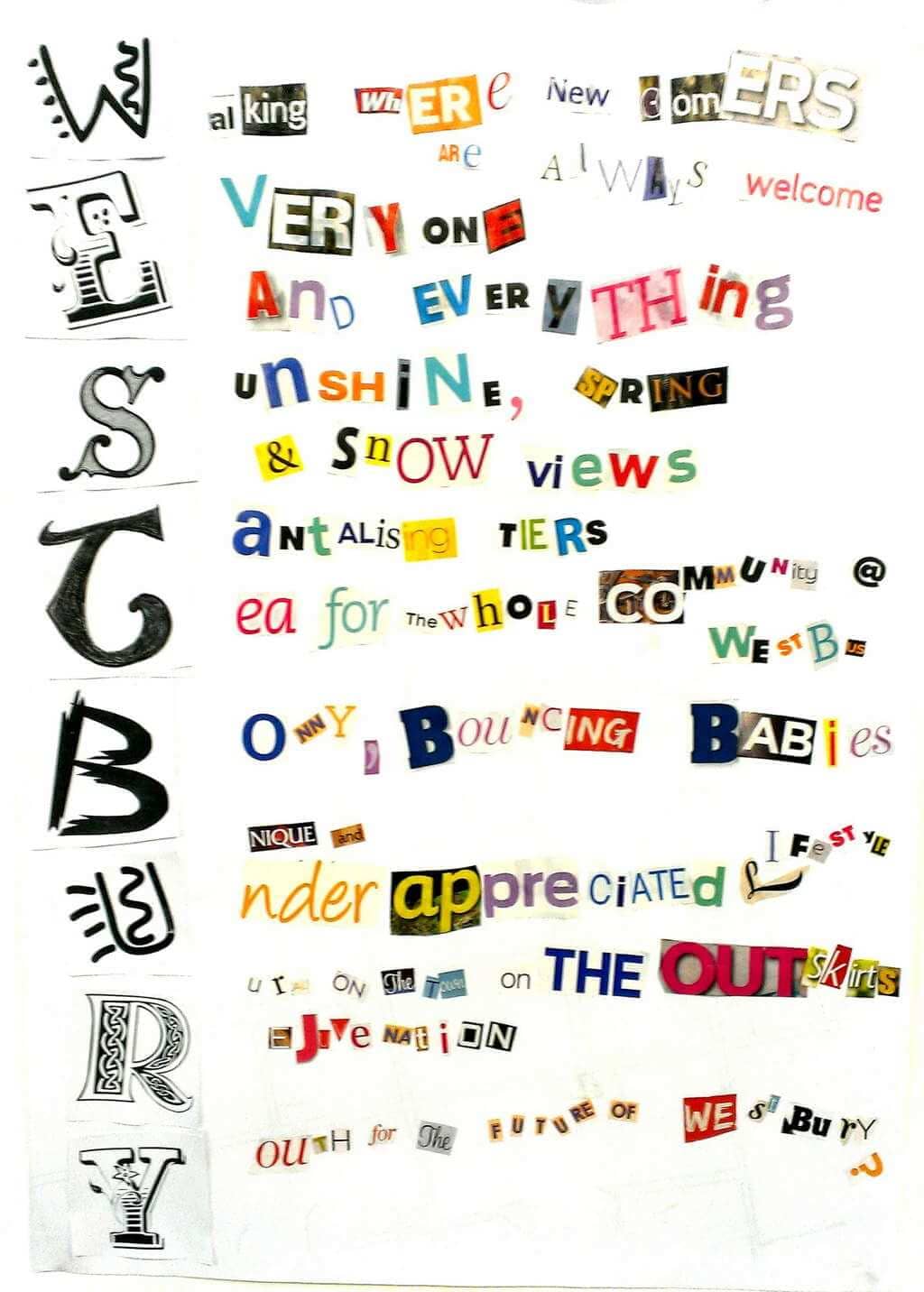 Literacy project - 26TEN Journal From NOW to the FUTURE, Tasmania

The "26TEN Journal From NOW to the FUTURE" connected communities to literacy through art with the hands-on experience of creating a unique journal. Over sixty people, from six smaller communities in the Meander Valley, Tasmania contributed to the final journal, attending workshops in a variety of settings including church halls, fire sheds, cafes, and community halls. They used scrap-booking techniques, acrostic poetry, and photography to create a unique journal that celebrated life in smaller communities.

A large scale outdoor community arts event held every two years at Terrigal, on the Central Coast of NSW. There were two weeks of public workshops in the areas of dance, music, prop-making, flag making, fire-spinning , sound and lighting. "Homage" culminated in a performance held in a natural amphitheatre with the sea as a backdrop to an audience of approximately 3000. Sean was props and large image maker at one Homage and jointly coordinated a second. 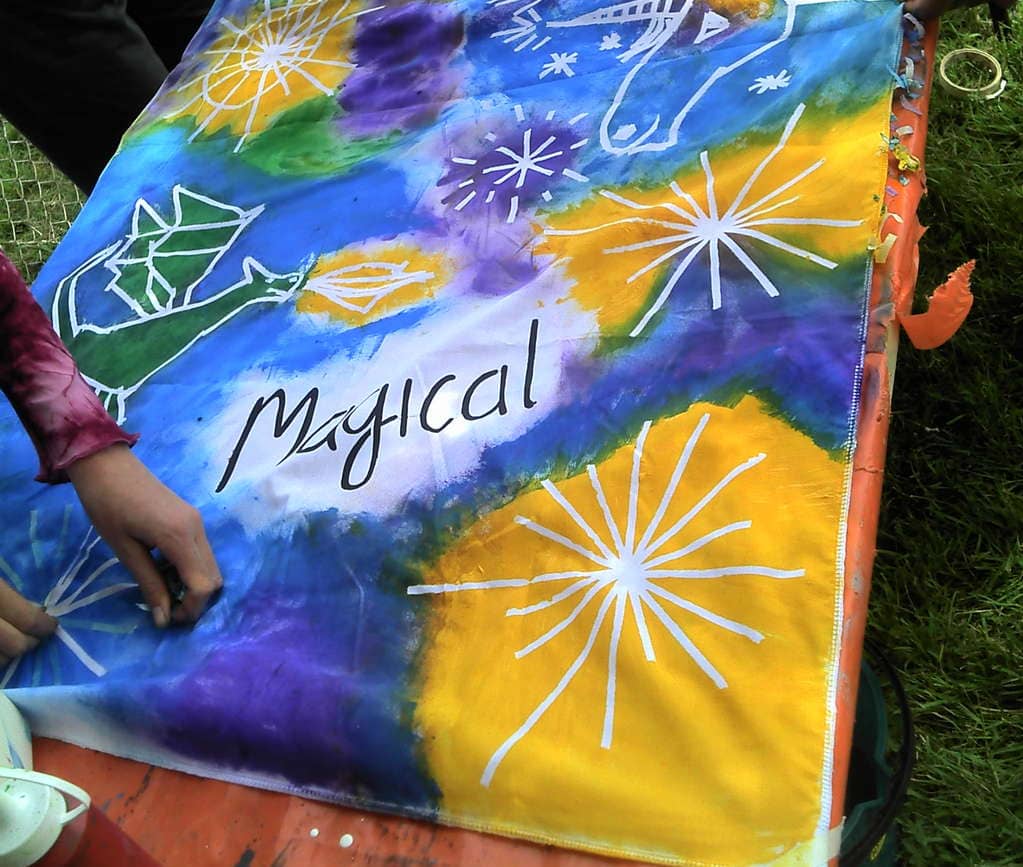 Deloraine Community Garden celebration day was used to create networks and partnerships between the garden, its parent organisation (Deloraine House) and other community groups in the locality. “Of gardens & dragons” facilitated by two community artists aimed to work with groups that were not necessarily involved in the garden. We worked with these groups before the event. These included: Local community shed; Spinners & weavers; Child care centre; Art groups; Rug makers; aged care facilities; Dragon boat racers. There was also a making day in the garden the week before the event to encourage members of the public to come along. They created banners that flew on the day, and work to create an entrance way. This was all designed to draw people to come along on the day to see their creations. On the day a local band played music and people encouraged to bring a picnic. There were art activities and treasure hunts. A mailing list was available for people to join.